Helium is a globally distributed network of Hotspots that create public, long-range wireless coverage for IoT devices. The LoRaWAN network is a Low Power, Wide Area (LPWA) networking protocol designed to wirelessly connect devices to the internet and is an alternative to cellular technologies. LoRa operates on the sub-GHz bands that are reserved internationally for ISM (industrial, scientific, and medical) and is license free.

LoRa is ideal for applications that transmit small chunks of data with low bit rates. Data can be transmitted at a longer range compared to technologies like WiFi, or Bluetooth. These features make LoRa well suited for IoT applications that use low-power sensors and actuators. 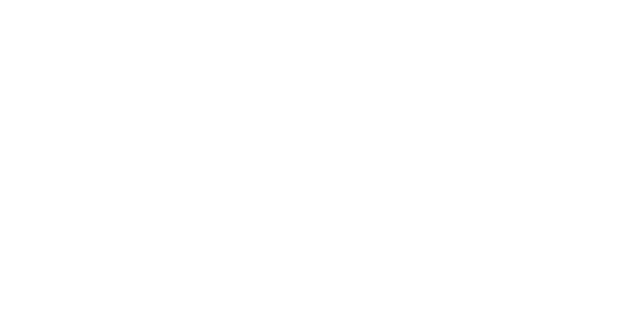 Figure: Bandwidth vs Range (Source: The Network of Things)
Advantages of LoRaWAN

One of the main challenges LoRaWan operators face is the cost of building out a network, which takes significant capital and time to locate hotspots on buildings and street poles. The traditional operator model is capex heavy and incurs significant opex to maintain the network.

Helium solved this issue by incentivizing individuals to create a physical, decentralized wireless network. Instead of building the network themselves, Helium pays individuals in HNT (cryptocurrency) to build and run the network. The hotspot owner pays the capex (low-cost commodity hardware), operates rent free (in the home) and maintains the network (zero labour costs).

Why would someone want to use the Helium network? Helium can provide ubiquitous network access at a fraction of the cost of traditional cellular data. Users only pay based on device usage and are not saddled with monthly fees, data caps or overuse charges. The user simply chooses a LoRaWan-compatible sensor and onboards the device using the Helium Console.

The IoT device can work anywhere in the world without needing a contract with a cellular carrier like AT&T. AT&T's asset tracker solution (which includes the cost of the hardware) is priced at $ 80/year per device. That is simply too expensive for use cases that often require thousands of devices to be connected. Costs on the Helium network are expected to be significantly cheaper (as little as $ 1/yr), dramatically reducing the barrier to connectivity and opening-up many new IoT use cases. 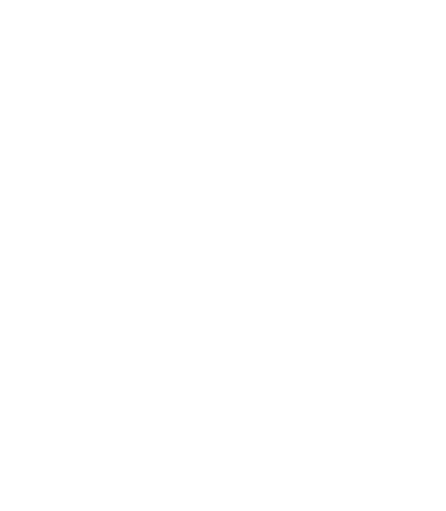 Why would someone want to build the network? Individuals deploy Hotspots to participate in building the Network and earn Helium mining rewards through an incentive model powered by the Helium blockchain. Anyone can purchase a Helium hotspot. The set-up is simple as consumers simply plug the hotspot into an electrical outlet and then connect it to their home WiFi. The Hotspot provides network coverage over several miles and uses only a tiny fraction of the hosts bandwidth (inconsequential running costs).

The Helium hotspot offers an attractive ROI for participating in the network build-out, equating to a 40day payback at current rates. Note that the rewards per hotspot diminish with time (HNT Halving schedule) and with the growth in the installed hotspot base. 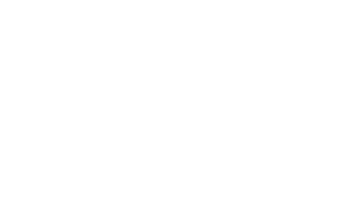 How does it work? Blockchains and crypto

The Helium Network uses Proof of Coverage (PoC), a novel algorithm that rewards users for verifying coverage, thus proving location and network connectivity. Participants deploy Hotspots to participate in building the Network and earn Helium mining rewards by employing PoC. On helium, mining is carried out by means of radio wave technology rather than traditional mining rigs like GPUs or ASICs, making Hotspots much less energy-intensive than their traditional counterparts.

Hotspots are occasionally given tests to cryptographically prove that they are indeed providing radio coverage in a particular place and a particular time. These tests are assigned randomly and automatically, and passing them earns a Hotspot operator HNT rewards.

Helium Hotspots can also earn HNT by transferring data from nearby devices over the Network. The more data that a hotspot transfers, the more HNT rewards it earns. Hotspots earn HNT in proportion to the value they contribute to the Helium crypto ecosystem by completing PoC challenges, serving as witnesses for peers' performance, and transferring device data, with the largest volume of HNT rewards going towards network data transfers.

Hotspot operators earn HNT for providing coverage and transferring data on the Network. As of November 2021, there are about 105 million HNT coins in circulation, with a maximum supply of 223 million HNT. The project initially launched with zero HNT in circulation and without a pre-mine, which was intended to create a more even distribution of HNT throughout the market.

New Helium blocks are produced every minute with HNT rewards distributed approximately every 30 blocks. HNT’s coin emissions rate began at five million HNT per month and halves every two years. On August 1, 2021, the issuance of HNT coins was reduced to two and a half million HNT per month.


We see two key variables that will impact the valuation of HNT:

The distribution of HNT changes over time to align incentives with the needs of the network. Initially, a higher proportion of HNT is allocated to hotspot owners for building the network coverage.

In the first few years, 65% of HNT will be distributed to hotspots — 35% for network PoC and 30% for data transfer. Until the network becomes large enough, there will be little data transfer and hence unused HNT from data transfer will be added to the PoC rewards.

In short, the value of the network is directly proportional to the number of hotspots and breadth of coverage. As the network grows, rewards will increasingly flow to data transfer tasks, and this will depend on the number of devices that utilize the network.

The price of Data Credits is fixed in USD (1 DC — $ 0.1). To acquire DC, a network user will need to acquire HNT and then convert the HNT to DC, by burning the HNT. As more DC is acquired, more HNT will be burned, putting upward pressure on the price of HNT.

The big question is how many devices will connect to the Helium network in the future. This will depend ultimately on the size and growth of the IoT market. A study from Juniper Research suggests that the number of IoT connections will increase from 17b in 2020 to 36b in 2025. A similar study from IoT Analytics estimates that the number of IoT devices currently stands at 12.3b and will likely grow to more than 27b by 2025. 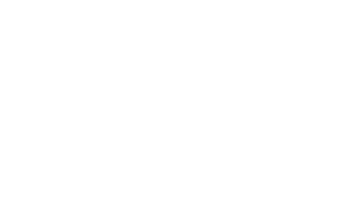 Source: IoT Analytics, State of IoT 2021
IoT Analytics see continued strong growth for connected devices over the next several years, driven by new technologies like 5G, Wi-FI 6, and LPWA. We are of course most interested in the low power wide-area networks. LPWA can be broadly broken down into two parts, licensed (NB-IoT) and unlicensed (LoRa). Together they account for 47% and 36% respectively of that market segment.

Much of the growth in LPWAN-enabled devices has been driven by China until now, given the country’s strong adoption of smart metering. In fact, China accounts for 75% of all NB-IoT connections. However, the recent trade disputes between China and the US could influence the roll-out of LPWAN in the future, as NB-IoT is perceived as a Chinese technology (due to the heavy involvement of Huawei in its development).

This could drive demand for LoRa-related networks in US/Europe over the next several years, with Helium being an expected beneficiary.

The Helium network is based on a burn-and-mint equilibrium token structure. This model uses a two token system: payment tokens (DC) and value tokens (HNT). After burning HNT to receive DC, users then spend DC to use the network services.

In the past 30 days, 471 billion DC have been created by burning 92,000 HNT. On the other hand, network providers have earnt 2.5 million HNT from inflationary minting. That is to say, the network has not yet reached an equilibrium. HNT supply is greater than demand.

The network is still in its early stages of development and hence usage is low. If the network were to be in equilibrium right now, the HNT token would be valued at just $ 1.89 currently. The reason that the token trades significantly above that value today is that investors believe the network will have much greater usage and hence value in the future.

Figure: Burn-and-Mint Equilibrium
As the network grows in usage, more and more HNT will need to be burned to create DC. At some point, more HNT will be burned than minted (given the halving schedule and max supply of 223 million tokens).

In year 10, for example, 95% of total supply will already have been minted. If usage continues to grow, demand for HNT will far outstrip supply, creating upward pressure on the price of HNT. Eventually, the system would run out of HNT to burn, which is why the system also relies on Net Emissions.

Simply put, Net Emissions give the protocol enough HNT to reward Hotspots in perpetuity and ensure the continued operability of the network. This will allow the system to replace all the HNT that are burned to create Data Credits. There would be no reduction in supply (at least up until an emission cap).

We can use the Net Emissions schedule to value the company based on an assumed market share for IoT data usage.

We assume that the steady state is reached in 20 years. The network is effectively fully built, and all network rewards assigned to Data Transfer work (rather than PoC).

So how big will the IoT market be in 2040? Softbank’s CEO Masayoshi Son believes "Each individual, on average, will have more than 1,000 devices that are connected to the internet by 2040." That would imply 750b connected devices in just the US and Europe.

If the Helium network could reach a global market share of 10%, its network traffic would require $ 1.225 billion per month in DC credit. 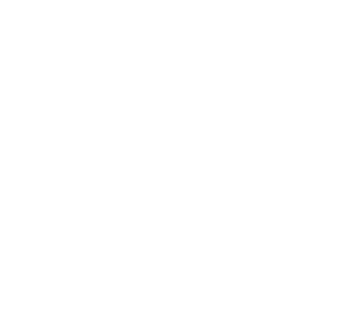 The future of the Helium network

Last month, Helium announced a partnership with DISH on 5G. Helium will roll out 5G gateways to enable high-bandwidth connections with devices such as smartphones. Helium predicts that they will have over 40,000 small cells by the end of 2022 in the US, making it an attractive roaming solution for telecom providers.

The same attractive network economics backed by HNT will incentivize the rollout of the 5G network. This is a potentially much bigger market than LoRa for IoT devices. We haven’t included this exciting development in our model or valuation.
Disclosure: 3Commas Capital members may hold Helium (HNT) and/or hold advisory roles. This statement is intended to disclose any conflict of interest and should not be misconstrued as a recommendation to purchase any token. This content is for informational purposes only, and you should not make decisions based solely on it. This is not investment advice.